What You Need To Know About Popcorn Lung

“Popcorn lung” is an informal name for bronchiolitis obliterans, or obliterative bronchiolitis, a condition that damages your lungs and causes coughing and shortness of breath. One of the major popcorn lung causes is breathing in certain chemicals, but it can also be caused by other lung conditions. The main chemical responsible for the name “popcorn lung” is known as diacetyl, used as a flavouring in microwave popcorn (and other food products).

It’s in your lungs that your blood gathers oxygen to carry to the rest of your body’s cells. Every time you inhale, air flows into your lungs through your trachea (windpipe). Your trachea is divided into two bronchi leading to your right and left lungs. Once there, these tubes split many times like a tree’s branches. The smallest of these branches end in alveoli, tiny air sacs. In these alveoli is where your blood picks up oxygen.

In a person with popcorn lung, the alveoli become inflamed and irritated, leading to scarring that narrows the passages within. This narrowing is what makes it harder for the person to get enough air. Popcorn lung symptoms include shortness of breath, wheezing, a dry cough, and fatigue.

Can vaping cause popcorn lung?

Simply put, there is no evidence whatsoever that points to vaping as a cause of popcorn lung. What is true? Some e-liquids contain diacetyl, which is associated with popcorn lung. Most of today’s vape juice does not contain diacetyl, but even the ones that do contain it in such small amounts that it does not even begin to approach the amount breathed in by workers in microwave popcorn factories – or even smokers. That’s right – cigarette smoke contains many, many times more diacetyl than e-juice, and yet cigarette smoking is not associated with popcorn lung.

The belief that vaping causes popcorn lung got its start in 2016 when some disreputable clickbait sites published claims that a new study had proven a link between e-cigs and the condition. Many of these articles contained pictures of a patient purported to have popcorn lung – but was actually a victim of an e-cigarette explosion in 2015, not lung disease.

What about the study mentioned in these articles? It was a 2015 Harvard study that did make some waves by announcing the presence of diacetyl in vape juice – the same chemical responsible for the many cases of popcorn lung in people who worked in popcorn factories. However, there are a couple of problems with this “information.”

First, the presence of diacetyl in e-liquid was never a secret. In fact, it was widely disclosed by e-cigarette vendors as early as a year earlier than the Harvard study. Second, the amount of diacetyl in e-liquid – as mentioned – is far lower than the amount popcorn factories were exposed to. Third, the study did not conclude that vaping was a cause of popcorn lung. On the contrary, the study was inconclusive and said only that more research was needed.

The bottom line is that there have been no confirmed cases of popcorn lung associated with vaping, and there is no evidence whatsoever that says that vaping could be a culprit. It has been and remains true that vaping is clearly a better alternative to smoking. 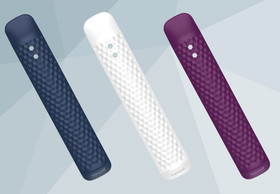